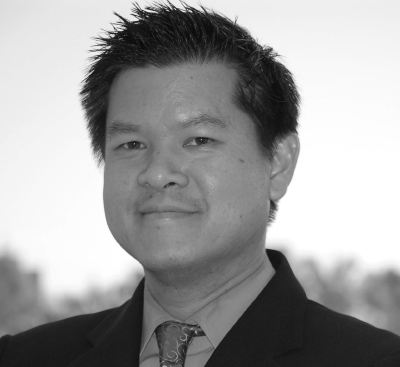 Mr. Kuo co-chairs the litigation practice group, which includes complex commercial matters involving fraud, derivative actions, intellectual property litigation, employment, real estate, construction and unfair business practice claims. He advises his clients on measures and business practices to minimize litigation risk. If circumstances warrant, however, he will defend and prosecute claims in state and federal courts.  He also is the chair of the US-TAIWAN/CHINA Practice Group, where he assists Chinese and Taiwanese businesses to protect their assets and plan for growth.

During his career, Mr. Kuo has handled a wide variety of cases, but focuses primarily upon business litigation, including patent cases, trademark cases, trade secret cases, copyright cases, securities cases, real estate cases, and contract cases. He is intimately involved in intellectual property actions filed in federal courts both inside and outside the State of California. Mr. Kuo’s areas of concentration also include employment law, including conducting internal investigations, advising employers on terminations, discipline, training and formulation of policy. He also defends employers in litigation involving wrongful termination, retaliation, harassment, employment discrimination, wage and hour claims and related tort actions. Mr. Kuo also counsels employers and their employees in the prevention of harassment and discrimination in the workplace and related employment topics.  In the past several years, due to the popularity of the EB-5 immigration investment program, Mr. Kuo has also represented investors and tried cases involving investment fraud.  In 2016, Mr. Kuo was able to obtain a full rescission of a contract for his client totaling almost $1.2 million dollars in a three week trial in Riverside. In the same case, Mr. Kuo prevailed in the Court of Appeal affirming a preliminary injunction “freezing” the funds that were invested by Mr. Kuo’s client.  In a recent arbitration, after the first week of hearing, the Claimant who sought $7.1 million in damages against Mr. Kuo’s client, decided to settle the arbitration paying a six figure settlement to Mr. Kuo’s client, who was the respondent/counter-claimant.

Before founding Ardent Law Group, Mr. Kuo was an attorney at one of California’s largest law firms.

Mr. Kuo has diligently fought for his clients, both obtaining substantial awards and judgments for them and successfully defending them in high-stakes lawsuits. He speaks fluent Mandarin, Chinese and performs pro bono work for the Chinese community. From 2009 through 2013 Hubert Kuo was recognized as a “Rising Star” in the area of business litigation and intellectual property litigation by Super Lawyers magazine, an honor reserved for the top 2.5% of lawyers in Southern California under the age of 40. Since 2014, Mr. Kuo has been continuously selected as a “Super Lawyer” by the Super Lawyers Magazine, an local leading city and regional magazine.  In 2016, Mr. Kuo was also selected as a TOP 50 Superlawyer in Orange County, a highly selective and distinguished honor .  Hubert has maintains a superb 10 out of 10 Avvo rating and is consistently selected by the Orange County Register and OC Metro as one of the top attorneys in Orange County.  Recently Mr. Kuo was also selected as one of America’s Top 100 Bet-the-Company Litigators from Southern California.

Mr. Kuo also serves as outside general counsel for a number of mid-sized and large companies, churches and high net-worth individuals, and provides guidance on various legal issues they face.

Mr. Kuo is admitted to practice before all California Courts and the United States District Courts for the Central and Northern Districts of California and the 9th Circuit Court of Appeal.